Every year offers several excellent occasions, such as red letter days, for giving wives, sweethearts and mothers all over the world plants. And this is not just empty talk for the export of plants to our European markets increases considerably during the months where red letter days fall. 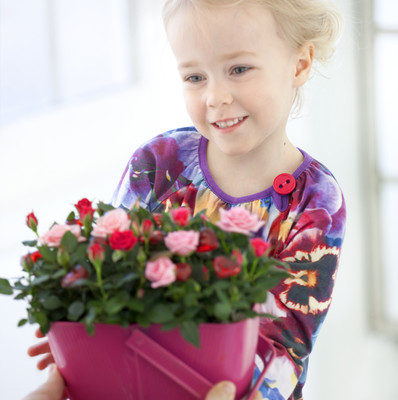 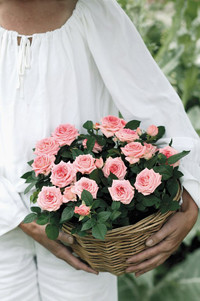 Pink Mother′s Day in England
Roses have always been associated with romance and sweetness and Danish rose nurseries also experience a significant increase in the demand for roses up to, for example, Mother′s Day. However, as this day does not fall on the same date in all countries, accurate timing of colours, quantities and flowering is required.

At the former Gartneriet Rosanova nursery, today Thoruplund, near Odense, they experienced:

- The Mother′s Day in England is the first to come. It is dominated by 'pink' - a fact which we consider in our planning.

Red for women in love and war
The problem, however, with the English Mother′s Day is that it moves in relation to the Lent season and therefore sometimes falls on a day close to Valentine′s Day on 14 February where the roses must be red, or close to the Women′s International Day on 8 March where red is also the predominant colour.

This situation affects both space and speed at the nurseries. Michael Larsen, owner of the Gartneriet Broløkke nursery in Odense, says,

- It can be difficult to keep up with demand when three so important feasts fall so close to each other but when it comes to the Danish and German Mother's Days that always fall on the second Sunday in May, we are in complete control.

No one like mother …
So Danish and German mothers don′t have to worry about their Mother′s Days. Red and pink are not only the most popular colours for the Danish Mother′s Day but also for the Swedish and French Mother′s Days that fall on the last Sunday in May.

The sales director of the Gartneriet Rosa Danica nursery in Marslev on Funen, estimates that their Mother′s Day sales are four times higher than sales in, for example, January and September.

So European red letter days really put their marks on Danish nurseries. And all of the rose nurserymen questioned asserted that they give their mothers their love on Mother′s Day in the form of roses - in addition to pampering them with roses throughout the year.

Facts:
Name days:
Plants are often given as gifts on name days. Name days are days in the calendar celebrated in commemoration of the saint a person is named after. Name days have never really catched on in Denmark and Norway whereas the custom has become popular in Sweden and is celebrated to the same extent as birthdays in several of our European neighbours such as Germany, Poland and Italy. As name days are scattered throughout the year, no particular plant is associated with a specific name.

Floradania Marketing is the Danish plant industry′s marketing company which is owned by Danish nurserymen and sales companies. Visit our website at www.floradania.dk.