Floradania.dk: The older you get, the more plants you buy

The older you get, the more plants you buy

The date of your birth certificate may reveal whether you will put one, two or ten plants in your shopping basket. A new survey shows that plant purchases rise steadily with age, peaking for consumers aged 50 and over. 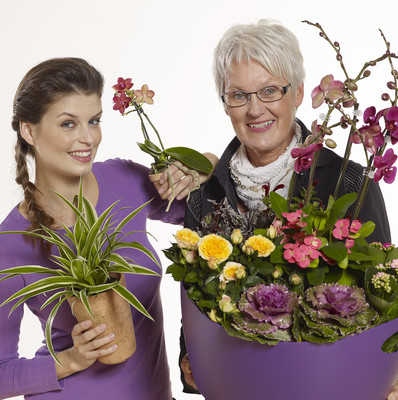 A survey conducted by the market research company Wilke Markedsanalyse shows that people tend to buy more plants as they get older, and that the over-50s purchase significantly more plants than younger age groups.

The study also shows that it is mainly women who are responsible for plant purchases, and that the group of women aged 35-49 buys more plants than young women aged 18-34. This can be linked to previous studies which have shown that there is a greater need for plants for the house and garden when women start families and get their own homes.

Although young women are shown to buy plants 2-3 times every half-year or more, almost one-fifth responded that they had not purchased plants at all in the past year.

Plants make life greener
The latest survey does not give us any real explanation of why this is so, beyond what we know from previous studies. But by including some of the causal relationships that lifestyle experts and consumer researchers work with, we can nonetheless construct a reasonable explanatory model.

When it comes to money and plants, lifestyle expert Anne Glad of the Danish television program "Do You Know the Type?" has a theory. At a lecture for the horticulture industry earlier this year, she highlighted the older age group as a highly affluent consumer segment:

"There are 1.9 million Danes aged 50 or more, and they have plenty of money. The loans are paid off, the house has been completely renovated, and they have no expensive children living at home. They want new furniture, trips abroad, food supplements and lotions. And they want to have something resembling a garden in their flats, because they are traditionally interested in gardening and plants."

Bringing nature into the home
This might well be one explanation, which does not exclude the fact that modern women and families nowadays tend to have a greater desire to surround themselves with plants in their homes - a tendency which has been confirmed by trend researchers and several leading interior design commentators. Plants have also assumed a more prominent position as a natural element of interior design in many decor articles.

So the message is that, as a woman, you can look forward to enjoying a greener life, the older you get - irrespective of whether the explanation is more money and time, or fashion, or something else entirely

Facts:
The survey was undertaken by Wilke Markedsanalyse in December 2010 among a representative sample of the Danish population. 558 persons participated in the survey.